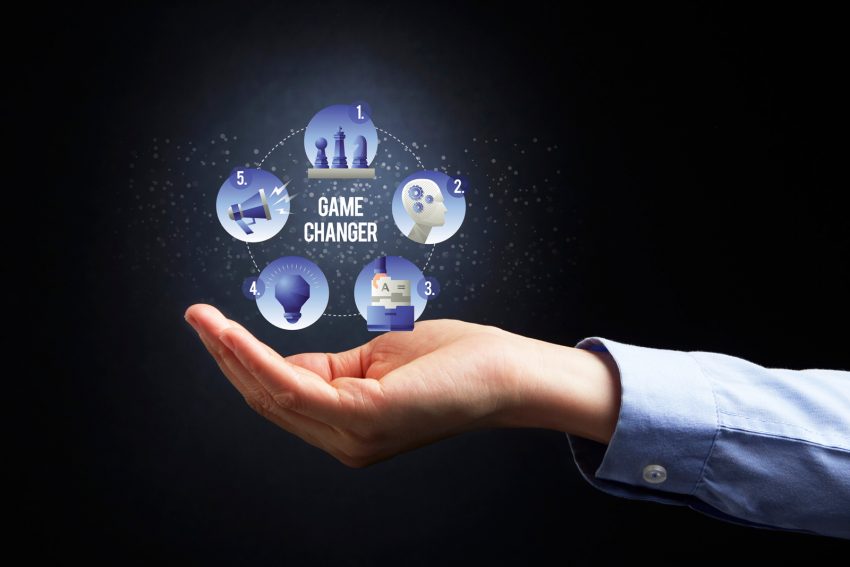 Both Digital Marketing and Game Theory are strategic tools to reach a professional level of competitiveness. Therefore, marketers should apply Game Theory tactics in order to master the marketing skills.

“Life is a Game. Be the game changer whom everyone respects !“

Marketing is nothing but a game, which has rules, players, strategies, schemes, cunning, objectives, and finally rewards only for Winners !!

In general, businesses observe what others are performing which would ease their strategic decision-making. Then they act upon based on well-planned structured tactics like a “master hunter” which eventually brings the ultimate prize.

How to use Game Theory as a marketing tool?

Game Theory is a mathematical model of conflict and cooperation used to analyze rational behavior of interacting players, as applied in a variety of fields such as economics, politics and psychology. It is the basis of all strategies which provide the players the “template” to play on a professional level. However, Game Theory relies on rational decisions which has made its use in marketing not impossible, but very challenging.

One of the applications of Game Theory in digital marketing might be Attribution Models, in which each marketing channel, including paid advertisements, social networks, organic marketing, emails and websites, would all receive, by utilizing the Shapley value in a cooperative strategy, certain credits (as well as other interactions such as newsletter subscription or content download) throughout the customer’s journey in the Data-Driven Marketing Attribution Model. Such a model which aims to achieve fairness, relies on a data-driven method as it would attribute all the intervals based on their proportional contribution to the eventual conversions.

In Game Theory, Shapley value means that each contributor would gain a certain amount of return based on their contribution. Therefore, the marginal contribution takes into account all possible orders of each player in the whole process.

The equation which includes (n) of channels and the total number of conversions which are generated by coalitions of channels, can provide the average of marginal contribution of all coalitions, in order to distribute the total outcome between each contributor.

Hence, attributing conversions to the most efficient marketing channels and the subsequent spending management would boost the overall returns and enhance the Return of Investment (ROI), which represents the core of marketing strategies, to be adjusted accordingly with understanding the Customer’s Journey along the Media Mix Optimization.

How to apply Game Theory with the Customer’s Journey?

The customer’s journey starts with viewing the advertisements on social media, emails or Google AdWords, then it might reach the phase where they tend to seek more information through organic marketing tools such as blogs to evaluate the products and services.

The next step is the actual purchase of the advertised content where the credit among touchpoints would be due to be distributed, then comes the part in which the organizations try to create loyalty among its customers and provide the advocacy to interact with and review the whole experience.

Game Theory also has non-cooperative strategies, as for other Attribution Models which neglect the marginal value added by the other touchpoints, such as using the First Click or Last Click Models. Moreover, Time Decay Model grants the closest touchpoints to the sale the highest credits adjusted by exponential decay, in which it values the most recent interaction with the increased likelihood of an actual conversion action, yet it does not give much importance to the first interaction which might have incited the interest in the whole journey in the first place.

Meanwhile, Linear Model and Position-Based Models would either give the same value to all touchpoints regardless of their contribution, or leverage certain intervals over the others.

In addition, the contribution of credit is also based on strategy adopted by the relevant contributors whether choosing between growth and efficiency. For instance, a Linear Model contains both traits which value each touchpoint no matter how small its contribution compared to others.

How to link Econometrics with Digital Marketing and Game Theory?

Econometrics is a statistical method to study the relationship among different factors over a certain period of time. In general, this method comprises independent and dependent variables, which generates a mathematical equation which indicates the strength and direction of the relationship.

The main objective of applying econometrics would be to determine which of the channels have more interaction, as for instance, paid search, video on demand and social media platforms, by studying different factors such as marketing budgets, category of targeted audience and selected kinds of pragmatic tactics including utilizing keywords and whitelisting.

Economists who use Game Theory with its different forms concentrate on a very specific sector of a market to analyze the competitors strategies and the external affecting factors, in order to build up structured decisions based on calculated equations and to mitigate any underperforming factors. As for certain strategies in Game Theory such as Symmetric Games where all players have to follow the same strategy in a long-term game.

Meanwhile, in Asymmetric Games, each player can follow a strategy to reach out their niche, such as new players who had recently entered the market, in which they aim to compete with all established competitors to secure their own customers. Such strategies are highly applicable in the Digital Marketing field, where marketers would either follow the patterns as recommended by econometric results, or to follow a more aggressive approach to reach a more dominant status.

Game Theory and the advantages of Digital Marketing

Therefore, online courses provided by The International Institute of Digital Marketing™ would effectively help in such huge digital transformation, which enables organizations and their staff to master the skills needed to optimize the consumers’ trends.

With the increase of social media users in all platforms, companies could benefit from the Business-to-Business marketing by being active on LinkedIn, where all organizations have a presence along with their managers and employees. However, Digital Marketing in general has lots of advantages which could outlined as the following:

A social media campaign would definitely cost less than conventional marketing methods as it only needs to attract the audience with its powerful content as they use their social media or check their emails, rather than demanding time slots when the TV channels broadcast sport matches or popular programs.

For instance, 42% of Business-to-Business marketers consider content marketing 2.5 times more effective rather than ineffective. However, in terms of return of investment (ROI), which is calculated by comparing the outcome of each lead generated to the initial investment, digital marketing could be more affordable in which it only requires targeting a certain audience, as between 79% and 82% of them would visit brand websites to seek information by themselves.

Moreover, marketers can easily generate traffic to their related services by simply using the organic marketing method which incites the interests of customers by viewing tips and information regarding whatever they want to purchase.

In Game Theory, there could be an AdWords auction, where each player has to bid for keywords which would benefit anyone in the niche, as if all competitors spend much funds on advertisements that would result in the decrease in pay-offs.

However, it would be a better strategy for each player to advertise, as it leads to a better pay-off and reach the Nash equilibrium, a solution to achieve mutual benefits with competitors in non-cooperative normal form games, compared to the other outcomes, as shown in the table below:

Meanwhile, if each player chooses to heavily advertise, that leads to a paradox, and an adverse effect on both of them, as that would diminish their overall profits.

Blue Nile Research reported that nearly 82% of consumers use online search and brand websites, in that they would have an informed decision. In addition, 25% of online users tend to seek solutions and recommendations written as blogs to widen their knowledge about a certain brand. In general, people are reliant on following easy solutions when it comes to decision making. For instance, they would prefer to read lots of reviews about different LED lamps before they decide to purchase.

According to Cisco Annual Internet Report, there would be 5.3 billion people using the internet by 2023, which gives the businesses the opportunity not only to target the local customers, but also trying to customize their services to be a rather global brand.

However, what most attracts the audience is to offer something worth viewing or reading, which would be either educational or entertaining. That would pave the path to creative designs and mastering content marketing to provide top quality content which serves as a visual bait.

In Game Theory, marketers could use signaling tactics in relation to the quality of their products, as they can assert their dominance over their competitors. Moreover, the competitors could find a solution which could split keywords among them where they can have their own audience by utilizing Remarketing lists for search ads (RLSA).

End users use their electronic devices on a daily basis, in which they keep checking what is trending on social media. They can even access their accounts at any time wherever they are, to read informational posts which satisfies the need to learn something new, thus the marketers has to optimize such a chance. As 56% of consumers would rather become loyal to a certain brand, once they have personalized experience for their desired products.

It is way easier for marketers to track the performance of their marketing campaigns, in comparison to traditional marketing campaigns, as they can track trends and modern interests by utilizing analytics to form their tactics instead of waiting for months until they can assess what they achieved in their recent strategy.

In the Brand resonance model, any business cannot reach the pinnacle without a solid base which relies on Brand Salience, an identity that enhances consumers’ awareness of the business brand. The next step would be analyzing their response to the performance of the products and services provided, and how they would interact with it. The final stage would be reaching the Brand Resonance, in which the business would achieve brand loyalty among its customers.

Game Theory has always been used to aid in supporting decision making based on rational actions, yet it has found lots of challenges used to direct marketing strategies as consumers tend to interact based on their emotional connection with advertised products.

In any competition, there is an action and reaction driven by the desire to achieve higher profits. Hence, the players in the market would follow cooperative or non-cooperative tactics as defined in Game Theory. When each player would act based on their best interest without taking into consideration the actions of others, that means that they might end up following a path where they might spend lots of funds without achieving the desired outcome at the end as in simultaneous and sequential move games.

In addition, digital marketing operates in a volatile field which is based on trends, influencers and latest updates. However, the decision to manage online leads is also tied with how the competitors are performing, yet the amount of leads generated might not always lead to more sales due to the law of diminishing returns.

The Management Model that relies on Game Theory can provide a benchmark to the digital marketers to determine the amount of online leads in certain periods and minimize errors which affect the overall sales.

In the end, Game Theory is about cooperation in a highly competitive field, as no player would gain huge benefits by following certain digital marketing strategies without having the competitors to learn from their mistakes and to have an incentive to outperform them.